How to open a Revit Central File


After starting with the very early days of learning a relatively unknown software at the time, I thought I was (and to an extent, still consider myself)  a pioneer of Revit.

We worked on very early early forms of the internet, and communicated with unknown means... called forums (namely zoogdesign) and blogs (shameless plug).

We were searching for a new way of drawing lines, arcs and circles.
My re-awakening of this blog will be a relearning and re-awakening of my passion of software that I started to tire of after using it as a mundane tool that, at the time I never thought I would grow tired/bored of.

Stage 1.
Opening a file.
Of course I knew the answer to this....
But I didn't....
The usual prescribed method (hence the The Hitchhiker's Guide to the Galaxy theme) was creating a local copy of the central file....through windows explorer, so that I could have a structured folder history of my local files. 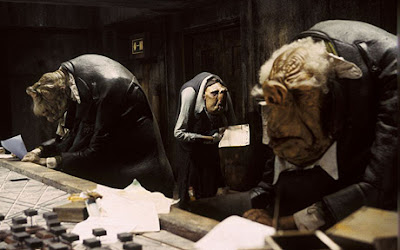 I NEVER thought I would be set in my ways, to the degree that I would implement this within a team.

Autodesk has kept moving with the times and I unfortunately got stuck with a tried and trusted method.

When creating your local copy, just open the Central file (if it is not a Revit Server file).
Make sure you select the "Create New Local" button. 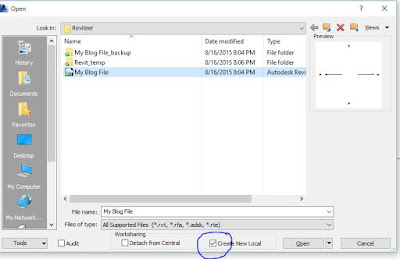 It creates a very nice (clean) un-corrupted local file.
You can even save your project central locations to your short cuts.
To new Revit users, this may seem standard practice, but to "OLD" Revit users, this will change the way you start looking at your files.

Posted by Revit Implementation at 8:58 PM No comments: 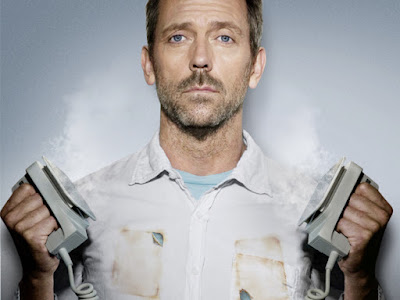 Posted by Revit Implementation at 9:34 PM No comments:

This is an article I found interesting on the Gizmodo website, by Andrew Tarantola.

Head on over to their website, for a daily read!

After three decades on the market, Autodesk’s software has radically transformed modern architecture, science, and art. In downtown San Francisco, Autodesk exhibits a rotating 20-item gallery showing 20 of its most impressive design feats. On a recent tour, Gizmodo saw the stunning range of the program’s capabilities. Engineers use it to plan the most the world’s major buildings, and scientists use it to make scale models of molecules. For an artist, it’s a way to finally design a giant dinosaur made of Lego.

Here’s a look at a few highlights of the Autodesk Gallery at One Market Street, where tours start every Wednesday at 12:30pm.

There isn’t an instruction booklet big enough to explain how to turn a pile of 62,500 LEGO blocks into an 2.6m tall dinosaur sculpture. Instead, Lego combined its Digital Designer software with AutoCAD to develop and test 3D models of the lambeosaurus. The company ensured its structural stability, then starting popping together the pieces.

When it’s completed in 2014, the Shanghai Tower will be the largest building in all of China — a towering 128 stories tall. But at that height, the structure is subject to Shanghai’s famously tremendous winds that, if unchecked, could cause the tower to sway and potentially buckle. So, rather than build numerous small-scale models of the three potential designs and subject them to wind tunnel testing — a labour, cost, and time-intensive exercise — the team erected each in AutoCAD and virtually tested their wind resistance in a computational fluid dynamics model.

This allowed the architects to reduce wind resistance in the tower’s final design by 24 per cent, before a physical model was ever made. The 1:85 scale model entered a wind tunnel test, validating the virtual results of the renderings.

This 3D-printed 10,000,000:1 rendering of DNA-RNA transcription. They were created using accurate data, fed into AutoCAD, by scientific animation firm Xvivo.

The new headquarters for the Masdar corporation, an energy company located in Abu Dhabi, is being heralded as a breakthrough in energy efficiency. To optimise the building’s design, the Masdar designers used AutoCAD software to configure everything — its orientation on the lot, the roof design, the shape of the solar panel array, and the shape of the cooling inlets located at the base of the main support columns.

As a result, the Masdar building will consume 70 per cent less water than a similarly sized structure, and it will actually produce three per cent more energy than it consumes — making it the first positive energy building in the Middle East.

When the new eastern span of the San Francisco Bay Bridge was in its design phase, sceptics worried that the world’s largest self-anchored suspension bridge, couldn’t handle the strain of morning commute traffic. To prove that the project could be accomplished, the California DoT created and disseminated realistic models of the proposed span and construction process. The idea was to gain public support and to plan how to minimize delays during lane closures. This technique was so successful that the DoT did the same for the recent Doyle Drive renovation.

Sure, you can scan physical objects into the virtual realm using laser range finders and such, but where is the fun in that? And what else are you going to use those three dozen spare cameras for? This device, designed and built by AutoDesk CEO Carl Bass, takes a series of photos of the subject, overlapping them slightly. This data is then fed into AutoCAD 123 Make where it is stitched together into a 3D model.

Users can then export the model to a 3D printer or a CNC machine to cut the shapes from cardboard. Then it’s just a matter of assembly. The finished result: a bust of Carl’s kid complete with sound-activated light-up eyes.

Posted by Revit Implementation at 3:18 PM No comments: